Jonathan Kohl about his way after his studies

Jonathan Kohl about the foundation of his company

"I always wanted to start my own company, wrote my 5th SCA, a term paper in my bachelor's degree, about founding ideas. That didn't let me go. In the study cases we learned a lot about viable ideas, business plans and talked to sparring partners about USPs, market conquest strategies and customer needs. That kept me very busy. But for a long time it was not clear what it could become. My co-founder and I, we had many interesting ideas, for example a fitness restaurant, but in the end we always asked ourselves, does anyone really need this? What can we be totally enthusiastic about," is how Jonathan Kohl describes the first attempts. The economics student with a specialization in tourism management had initially thought a lot about electric mobility. This eventually developed into a very short-lived local car rental company. Only after he had seen three start-ups from the inside during and between his bachelor's degree at the bbw Hochschule - University of Applied Sciences and his master's degree at the TU Berlin, practically in stop-and-go, and experienced the special culture of their early stages, did he know: "It should be a company that runs online, but also one that does something more significant than just e-commerce or, for example, lifestyle products. When we worked together on the idea in a 'Funpreneur-Wettbewerb‛, my co-founder and I knew that we just wanted to do something that solved practical problems, something that was really relevant to people and could improve their lives. After he had experienced in his private environment how exhausting it is for relatives to provide support for a person in need of care and above all to enable them to live in their own four walls for as long as possible, and his co-founder had had similar experiences, they were a big step closer to their founding idea.

It was with this goal in mind that he founded Seniovo GmbH three years ago with his college friend Justus Klocke - and thus implemented the idea that simultaneously revolutionized part of the nursing care and real estate market in Germany digitally. The start-up company carries out conversion measures for senior citizens and those in need of care to create age-appropriate, barrier-free living with completely digitalised management processes. "We integrated everything that was possible, marketing, sales, capacity planning, cooperation and communication with customers and partners, controlling - internal and external - everything runs via a platform on the web. Because the team of Jonathan Kohl and Justus Klocke had turned the previous status quo of the real estate industry upside down by integrating all processes, his company is gladly counted among the few functioning PropTech companies nationwide. At the same time, as Christoph Raethke, the founder of the Berlin Startup Academy, says, Seniovo could be counted among the small circle of "convincingly" functioning companies in the field of social entrepreneurship, because Seniovo also has a thoroughly socially relevant social focus. The combination of meaningful value-based management and rapid growth through the possibilities of innovative and digital processes is exactly what makes Seniovo so charming.

So simple, so good - with entrepreneurial DNA and creativity through the initial chaos

Meanwhile Seniovo is almost out of the woods. It has survived the first three years, which, as was to be expected, were sometimes chaotic, well, with a lot of learning by doing and creative ideas. Even without kickers. "Hard work was definitely part of it. But when, like us, you've visited about 400 out of 600 private nursing services and you're sure that the idea has huge potential and can work like this, you like to put all your energy into your project," says CEO Kohl. Instead of two at the beginning, 21 permanent, young and experienced employees, mostly industrial engineers, business economists and fitters, currently coordinate the consulting, applications to health and nursing care insurance companies or the KfW and finally the work of the partner craft businesses in what are now 13 larger German cities and surroundings. There are also four working students and interns. In addition there are many freelancers as field workers. Together they make sure that bathrooms can be rebuilt as far as possible with the help of subsidies - fully renovated or bathtubs turned into showers, showers into showers... Seniovo not only arranges the craftsmen, but also accompanies the entire conversion as a general contractor.

Jonathan Kohl's family, which includes a number of doctors, is, he suspects, the source of his social vein - market-oriented thinking from his economic studies. Co-founder Klocke brought his passion for building and craftsmanship to the company. Together they discovered a market that was new to both of them, with great potential for a viable founding idea, through which each could develop his talents. One advantage is that their business model is scalable and can be expanded or reduced regionally according to strength, desire and opportunity. "The challenge was at some point, when we could no longer do everything in twos or threes, to make the right personnel selection and create a good climate so that we could grow and remain the most important people - or at least when personnel changes, the know-how does not diminish," explains Jonathan Kohl. This was all the more important the more locations in Germany were developed. "We need IT specialists, construction experts, customer service and sales professionals, logistics experts, people with a good knowledge of care problems and products, people with know-how about subsidies. Nothing else will work. Within certain limits, everyone has to be mobile. We need employees who can take on additional and new tasks and learn quickly from others," he says and adds: "In mid-2018, we had five employees and interns from bbw Hochschule - University of Applied Sciences alone. Because we have had good experience with them, I would also like to bring a logistics specialist we are currently looking for from my former university and offer a graduate of supply chain management the position of operations manager to one of them. As in other start-ups, there are of course a lot of young professionals applying and hardly anyone who wants to work towards retirement. Many employees in start-ups have an average age of well under 30 years, at Seniovo it is around 27. Of course, everyone here is aware of the risks that often lie in the excited dynamics of small companies where everyone is on a first-name basis and the working day often has to feel like being in a shared flat. Everyone knows the great enthusiasm when things are going well, but also the quiet frustration when the order situation is thin. And everyone knows that even well-known start-ups like "Dawanda" can suddenly disappear from orbit. That's why everyone is working to make sure that their company doesn't have to go down that road. But most applicants and employees also appreciate the fact that you can move up quickly in start-ups. This also makes Seniovo attractive. "At the beginning of 2019, one of our employees will become regional manager, who started here as an intern, then became a permanent team assistant, finally team leader and after two years account manager - you don't get that in any oldschool company. Of course, this is also part of the start-up DNA. We have many great people, employees who are motivated and like coming here. Certainly not just because we celebrate together once a month," summarizes Jonathan Kohl. "This way of working together drives my and my colleagues' learning curves upwards, promotes a sense of community and keeps hierarchies flat. It's a real advantage that makes us more flexible and we use it consciously."

The company is doing well, but it should soon be profitable. To ensure that this can be achieved on a nationwide scale, Jonathan Kohl, who now runs the company on his own, has brought a consortium of investors including the Berliner Investitionsbank (IBB) and VC Probtech 1 on board and convinced them of his business model. The seven-figure grant is a bonus of trust, but also an impulse and a safeguard for future business success, for which the conditions are now particularly favourable. So far Seniovo has only one competitor offering comparable complete packages for stair lifts. Apparently the growing Berlin start-up has succeeded in establishing itself for three years virtually without competition in a market that imitators do not yet dare to enter.

There are four simple messages that describe the service package: Individual advice - subsidy check - subsidy approval - carefree conversion. This sounds feasible for the customer and makes things easier. But because behind these simple keywords there is a lot of self-developed complex, digital technology and vital networking, Jonathan Kohl knows that they can also mean pitfalls for a young founder. Therefore, the exchange with his experienced investors, but also with other founders is important to him. He and his partner have already trusted mentors during the idea and business plan phase. And even now, the young CEO makes sure that he is surrounded by people he trusts to take a critical look and who can give advice. That's why he meets once a quarter with his founders' table. "There are about 20 start-up founders who want to exchange ideas, support each other and prevent mistakes. The topics include trends, best practices, legal problems, financing, taxes, etc. You can't know everything, but talking about it and being critical has helped me a lot and is always an asset," he says. It's good for a friendly company that a bbw graduate co-founded, that can operate economically and also offers social impact. 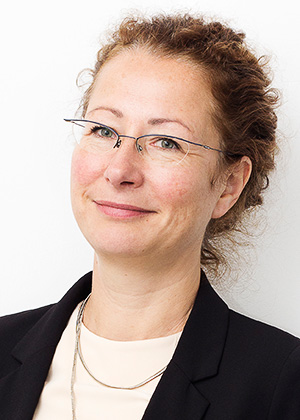