This year's keynote speech was given by Dr. Jana Dewitz, Division Manager of Messe Berlin and member of the advisory board of the Media and Event Management degree programme. She told about her professional career, how she came to Messe Berlin in a roundabout way and inspired the graduates with a little story that was intended to show the former students that sometimes it is enough to change one's perspective in order to solve a problem. After a short musical interlude by Siri Svegler and Thomas Walter, Daariq A. Yusuf aka Dee gave a short but concise speech on the topic of founding on behalf of the PUSH Startup Center and reported on his experiences as a startup founder.

This was followed by the most important part of the day, the certificate awarding! Ursula Schwill called the graduates onto the stage in groups, according to the individual degree programmes. To the applause of the guests present, the graduates received their certificates from their course director. Afterwards, Prof. Dr.-Ing. Hafer and Dr. Jana Dewitz awarded the best graduates in the Bachelor's and Master's programmes.

Sonique Ziebert, graduate of the Fashion Management programme and best in her Bachelor's class, gave a speech of thanks on behalf of all graduates. She found the right words to describe her studies and underlined her speech with some well-known music titles. "Everybody wanted to know what I would do, if I didn't win. I guess we'll never know." Afterwards, Prof. Dr. Lucht and Anastija Radke, Managing Partner of the KVL Group presented the winners of the sponsorship award for the best Bachelor's and the best Master's thesis in Real Estate with their prizes. Afterwards, this year's DAAD award winner Omar Akhalil received his award. 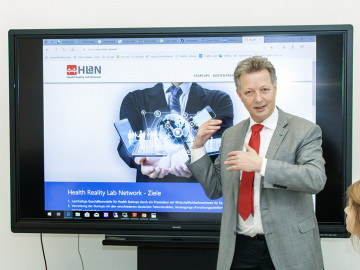 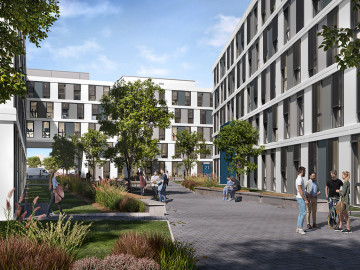 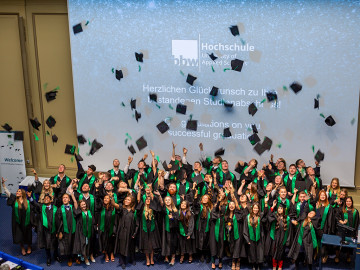