At the event "Future Production" event held on 14 July 2016, initiated by KPMG, the Senate Adminsitration and the Fraunhofer Institut, the company presented its latest development, the "pro3digy"3D printer. This innovative printer has an extremely big installation space (500x500x1000 mm³) and, thanks to the ball screws used, works with a precision in the micrometre range. Berlin's Senator for Business, Technology and Research, Cornelia Yzer, and the 120 invited guests from industry could gain an impression of the new printer and and exhibits printed by it at F&B's exhibition stand. The printer was developed in cooperation with the bbw University of Applied Science, with employees, as well as students, involved.

Thanks to the new control and the software developed in-house, there are many extension options for the printer for future research projects at the university. But the printer was mainly developed for serial production in companies and can be ordered from the company's website www.rapidproduction.org from mid-July 2016. 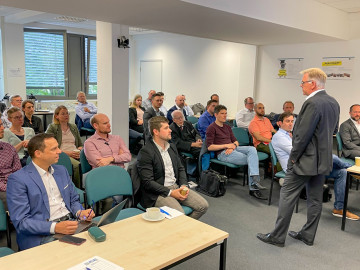 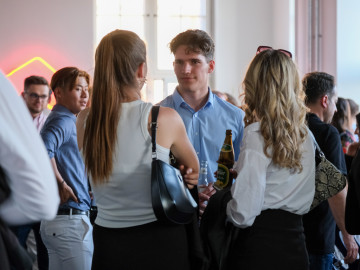